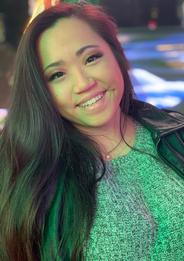 Caitlin Roberts (Front Ensemble) has been playing music since kindergarten. She has been singing, playing violin, flute, and mallet percussion. She was a member of the Heritage High School Big Orange Marching Machine for 4 years and the Lynchburg Symphony Youth Orchestra for 10 years prior to graduating from high school. After graduating, she attended the University of Alabama where she was a member of the Million Dollar Band's Drumline for 4 years. Through that, she had the opportunity to perform to crowds of thousands in college and NFL stadiums across the country. She was also the director of an all-female a Capella group, the AcaBellas, while there. She has since earned a Masters in Museum Studies from the University of Westminster in London and a Masters in Teaching Secondary Education from the University of Virginia. She is currently teaching History at Freeman and is thrilled to have the opportunity to work with the front ensemble and honored to be a part of the Marching Mavericks staff! 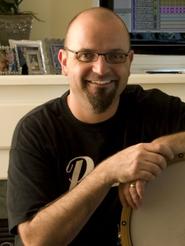 Rob Blankenship (Director) has been teaching music in Henrico County Schools for the past 22 years. He has been the Director of Bands at DSF since 2006.  In 2007 he took over responsibilities as director of the DSF String Orchestras.  Under his direction, all of Freeman’s instrumental ensembles have earned numerous and consecutive superior ratings and awards at local, regional and state events.  He is an alumnus of Douglas Freeman High School and a holds a Bachelor of Music degree from Longwood College (now Longwood University).  Before attending Longwood, Mr. Blankenship served in the United States Army with the 26th Army Band at Ft. Hamilton, NY and the 1st Cavalry Division Band at Ft. Hood, TX.  His duties in the army included service as a clarinet player, saxophone player, vocalist and arranger.  Mr. Blankenship’s professional affiliations include membership in the National Association for Music Education, the Virginia Band and Orchestra Directors Association and the Phi Beta Mu International Bandmasters Fraternity.  He is a regular performer with The Commonwealth Winds and The Richmond Pops. He is also an amateur composer and arranger.  In 2012 his composition "Hail To Longwood U" was chosen by Longwood University as the school's new fight song.  Mr. Blankenship lives in Henrico County with his wife, Angie, and their two children, Jesse and Julie.  Email Mr. Blankenship 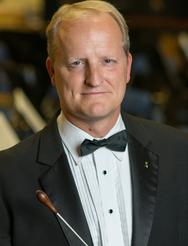 Minh Pham (Color Guard Instructor) has shown her love for music and performing through her many years of choir and marching band. She is an alumni of Freeman High School and is currently studying at Virginia Commonwealth University working towards her degree in Business Administration and Marketing. She is also an assistant teacher at a local private school for Extended Programs. She was a colorguard member for four years at Freeman and was captain her senior year. Her love for colorguard continues as she joins us for her fourth year. She enjoys working with all of the talented students each year! 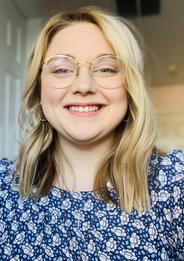 Julie Gaines Walton (Woodwind Instructor) is returning for her eleventh year as Woodwind Instructor at Douglas Freeman.  She attended Albemarle High School in Charlottesville, VA and received both a BM in Music Education and a BA in Liberal Studies from Longwood University, where she was first chair flute in the Wind Symphony for two years and graduated summa cum laude.  She currently integrates music in her work with senior adults as a chaplain in a local retirement community and is active in playing in the Richmond Pops Band and ensembles with friends and colleagues throughout the year. Julie is excited to be working with the talented students at Douglas Freeman and on our great team of Marching Mavericks staff members! Julie lives in Richmond with her husband, Jeff.

Matt Goves (Percussion Instructor) has been active in the Greater Richmond area as a performer, clinician and educator since 1990. For the past 28 years he has worked with the Freeman band writing for and instructing the Marching Band in the fall and the Percussion Ensemble in the spring. He also serves as the percussion instructor for The Collegiate School and maintains his own private studio. Mr. Goves has had the pleasure of performing with the Richmond Symphony, The Commonwealth Winds and as a featured soloist the Virginia Commonwealth University Symphony. As well, he played an average of 250 shows a year with his band, The Ernies, whose music has been featured on video games, television shows and in movies. Most recently, Mr. Goves has become a student of Scottish Highland drumming and enjoys performing and competing with The Greater Richmond Pipes and Drums up and down the East coast.